Interested in simple ways to start using Docker from the bottoms-up?  This article presents 4 patterns for using Docker as an individual or small team from dev through production.  These patterns address difficulty:

First a quick-reminder of the basic benefits of containerization:

These isolation and packaging features make it simple to build, ship, and run many different kinds of applications on the same host — especially when those applications are weird or troublesome. 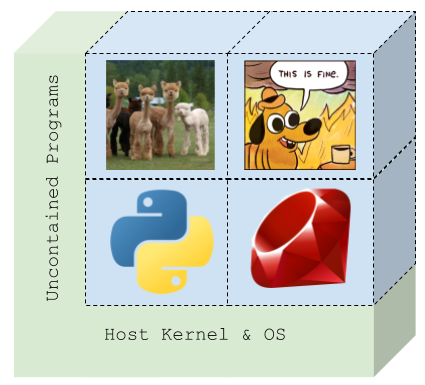 These patterns can be applied in numerous operational contexts and organizational scopes — a sample:

Problem: Trying new tools and approaches is hindered by risk of breaking or polluting a working environment

Solution: Experiment with new tools and approaches in sandbox

Description: The Exploratory Sandbox pattern starts a shell inside a base operating environment similar to one you usually use for the purpose of experimentation.  Optionally provide environment variables and/or data to the container via a read-only volume.

The Exploratory Sandbox pattern is a great place to start using containers because not only can you perform experimental or risky work, but also become accustomed to the power of the isolation features provided by containers.  The canonical example of using an exploratory sandbox is to demonstrate the filesystem isolation feature of containers by starting a new container and then removing a system directory to see what happens — clearly a ‘risky’ operation:

Start a fresh container with a bash shell:

Double-check you are inside the container, as you are about to destroy the filesystem! Your shell prompt should look like:

Now…on with the destruction!

The second listing of /usr/bin should result in an error:  bash: ls: command not found because the ls program has been removed.

Now to prove nothing on the host has been affected start a new container and list /usr/bin again:

Problem: Many tools are complicated to install, configure, maintain, or conflict with other tools

Solution: Package a single tool for use as a direct replacement of a locally installed binary

Description: The Packaged Tool pattern packages a single tool inside a Docker image and invoked via the ENTRYPOINT for use as a direct replacement of a locally installed binary.  Optionally provide environment variables and/or data to the container via a volume.

The Packaged Tool pattern is great for managing widely used tools on development machines, especially those that execute in interpreted runtimes such as Ruby, Python, and Node.js.  Let’s walk through an example of installing and using the aws-cli via this pattern.

The qualimente/aws-cli Dockerfile simply installs the aws command-line tools and invokes aws at container start-time via the ENTRYPOINT:

Export a shell alias for aws that runs the aws-cli image, providing the AWS environment variables and mounting the current directory as /work inside the container:

The aws-cli image’s entrypoint command is aws, so you may use the image as a drop-in replacement on your system, e.g. to list the account’s EC2 instances:

Problem: Technical computing environments rely on many tools that are difficult to get working-together; accumulating and compounding complexity of each tool

Description: The Packaged Environment packages a complete, tested environment to replace locally and often manually-installed binaries and configurations.  Optionally provide environment variables and/or data to the container via a volume.

As an example, I created a Packaged Environment for the Udacity Networking for Web Developers course recently so that I could share it with others (skuenzli/docker-udacity-networking Dockerfile):

You can build the image if you like, but it’s simpler and more-deterministic to run the tagged version from Docker Hub:

Now we can get-on with the important matter of working through networking exercises!

Let’s perform one of my favorites, which is speaking HTTP directly to Udacity’s webserver:

Description: The Packaged Service pattern packages a single service inside a Docker image and invokes it via ENTRYPOINT for use as a direct replacement of a locally installed binary.  Optionally provide the container with:

Packaged Service is almost identical to Packaged Tool technically, but is very-different semantically.  The Packaged Service allows a function-oriented team within an organization such as the Monitoring or Logging team to develop, test, and deploy a service integration point to ship telemetry from a variety of hosts into centralized services under their control.  The function inside the Packaged Service is:

Effort required to deploy the Packaged Service via popular Configuration Management tools is typically low due to good support for Docker and Docker Compose.

Logstash is a log-shipping service often packaged and deployed in this way, let’s look at an example managed with docker-compose:

Please see the logstash example for more details and demo steps.  The suggested takeaway is that the logging function can be decoupled from the rest of the organization’s infrastructure and applications, providing engineering efficiency benefits to the logging team while permitting safer experimentation with containerization.

These four patterns for using Docker are low-risk ways to improve you and your team’s efficiency as well as introduce containerization to the environment in a low effort, low risk way.  Please try these patterns out and let us know how they work for you via Twitter (@qualimente).

If you’d like to learn more about how containerization works, please join us for an expert-led Fundamentals of Docker for Engineers workshop! 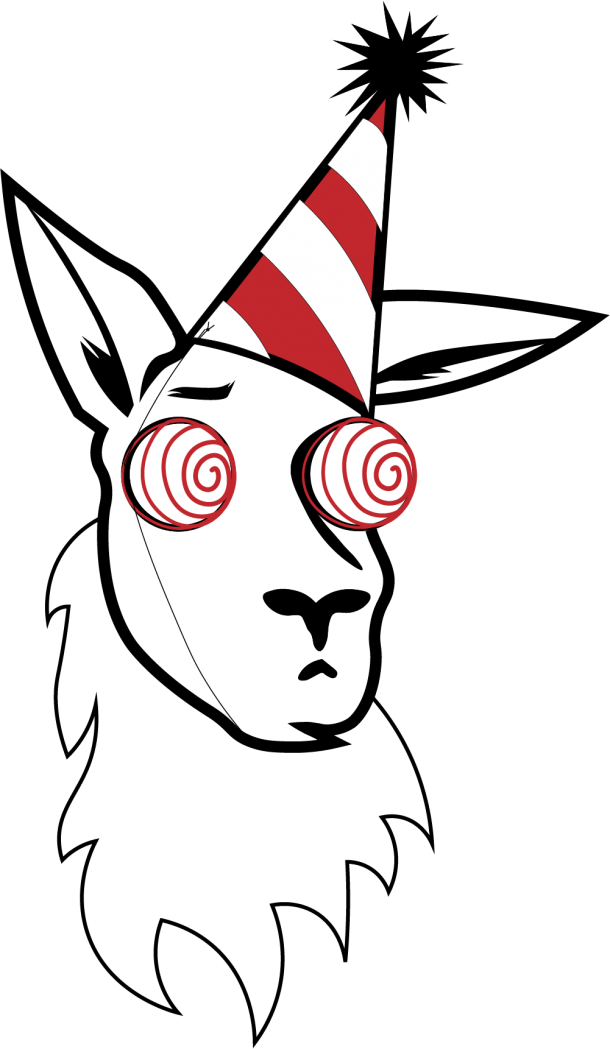